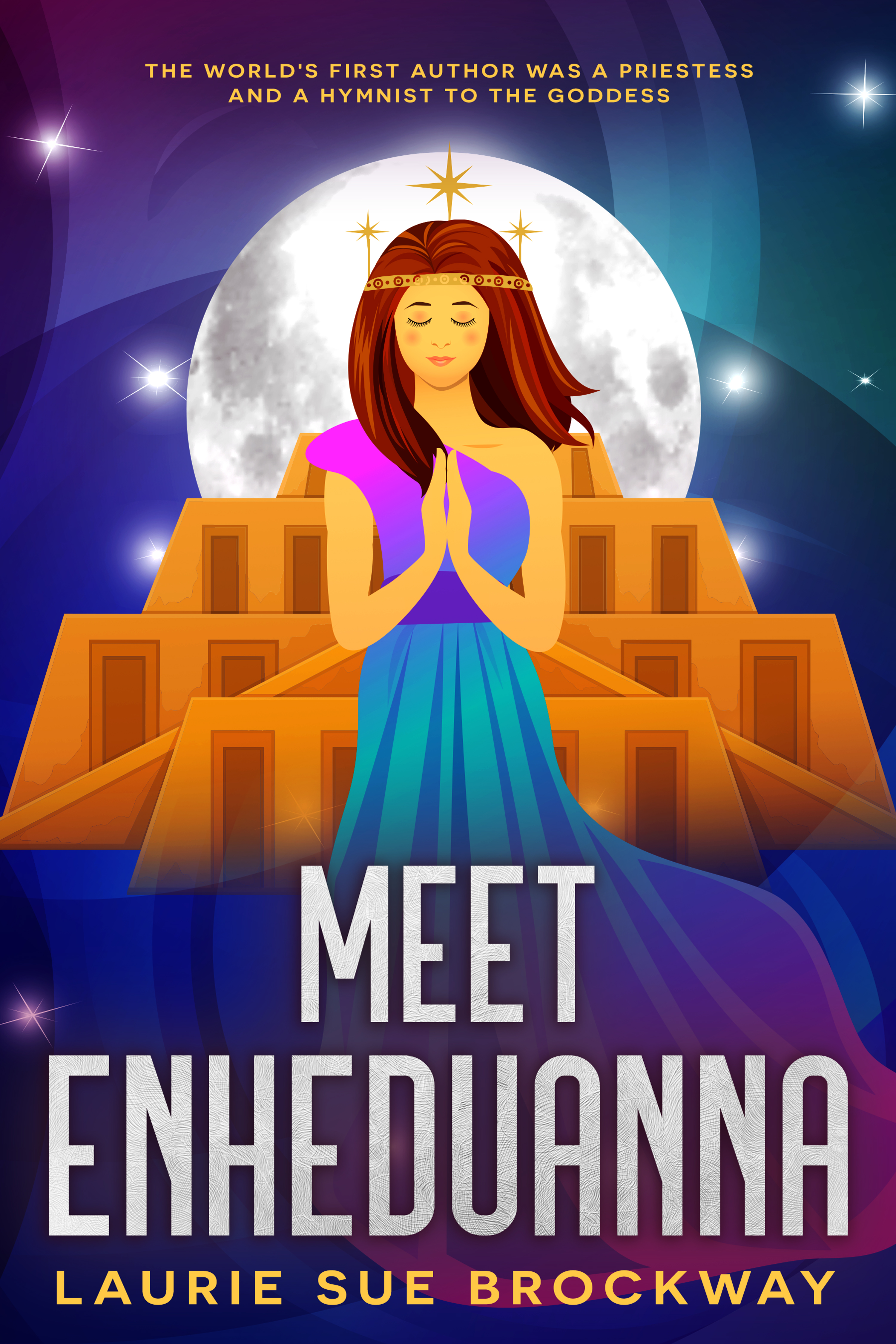 A companion book to my Enheduanna Exhibit.

Known as a priestess, princess, and poet, she is hailed as one of the first known authors.

Her bestsellers were literally written in stone. Her works were created in cuneiform on clay tablets that were baked to dry.

She walked the earth over 4,000 years ago yet left a lasting impact on history, and the history of writing. She is a historical and spiritual figure who lived in ancient Mesopotamia.

At a time way before the holy books we know today, she told the story of love, war, worship, and of the goddess of her heart, Inanna. While some of her writings may be seen as accounts of mythical deities, her hymns were written for the culture and the time period she lived in, and they were meant to be used in ceremonies and to tell religious stories.

Get to know the first writer in history to have a by-line and a woman whose devotion and service helped launch a new civilization.

The Goddess Pages
Goddess in the Mirror
Goddess Lessons

Caregiver Comfort
10 Minutes for You
Bless the Caregivers
After Caregiving

Pet Prayers and Blessings
When You Lose a Beloved Pet

How to Write Unforgettable Weddings for Fiction Books
Circle of Good Fortune-Lakshmi Devotional
She Who Scrivens ... and Publishes Workshop
Marry Yourself, First

Rev Laurie Sue's work as a reporter and editor.